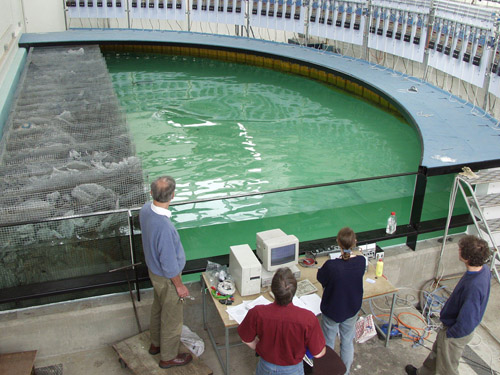 Edinburgh University is developing experimental hydrodynamic facilities for the study of combined wave and current environments. The highly modular PIV system will be used to investigate a large range of flow configurations in two locations: a narrow water flume and curved wave tank.

The Edinburgh wave tank is able to produce a wide variety of wave forms which are controllable in size, frequency and direction. Measurements in the curved tank required the whole system to be not only submersible but also able to measure at a wide variety of water depths in the tank. 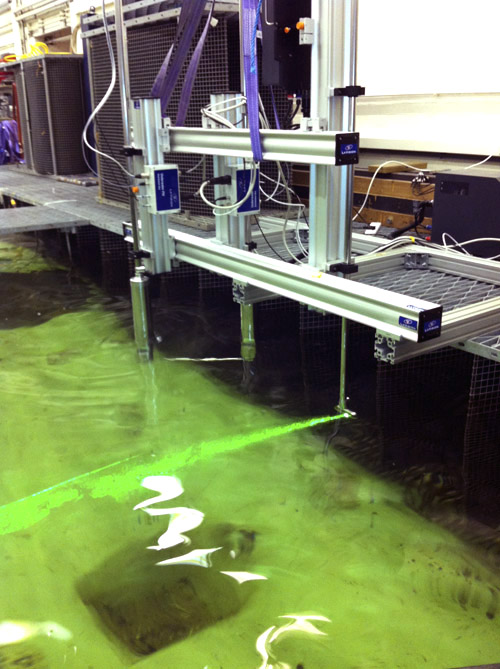