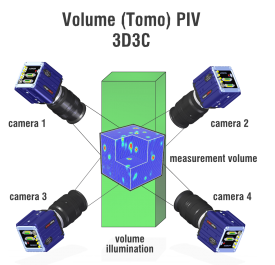 FlowMaster Tomographic (Tomo) PIV is an extension of the FlowMaster Stereo-PIV concept and enables the instantaneous measurement of all three velocity components in a complete 3D measurement volume (3D3C).
FlowMaster Tomo-PIV systems use the same laser and camera equipment as in planar PIV setups, i. e. a direct migration from 2D- or Stereo-PIV to Tomo-PIV is straightforward best adding one or two cameras.

Tomo-PIV is based on the principle of tomographic reconstruction of voxel intensities in a volume (MART) that is well known from Computed Tomography (CT) in medical imaging. For accurate voxel reconstruction all cameras must be mapped in space into the same coordinate system with an accuracy of better than 0.1 pixel. This highly accurate camera calibration is realized using our patented Volume Self-Calibration method in DaVis. 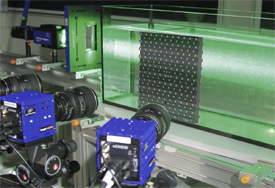 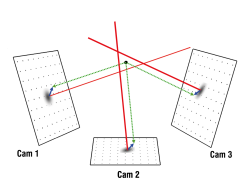 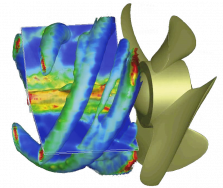 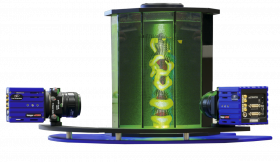 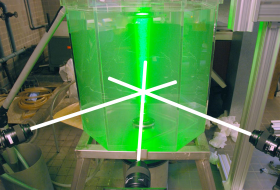 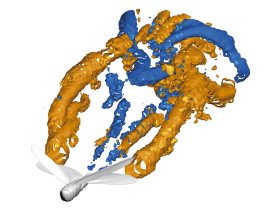 Time-resolved Tomo-PIV measurements in the wake flow of a locust flying in a wind tunnel at a wind speed of 3.3 m/s. 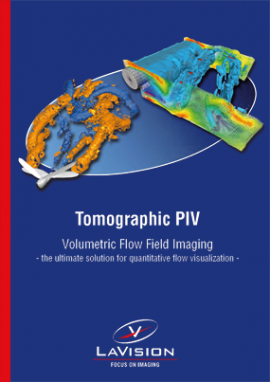 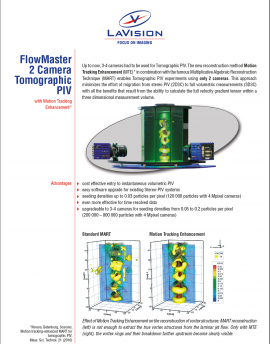