Researchers working in the Animal Flight Lab within Lund University’s Department of Biology have used LaVision’s Tomographic PIV during their studies.

Butterflies look like no other flying animal, with unusually short, broad and large wings relative to their body size. Previous studies have suggested butterflies use several unsteady aerodynamic mechanisms to boost force production with upstroke wing clap being a prominent feature. When the wings clap together at the end of upstroke the air between the wings is pressed out, creating a jet, pushing the animal in the opposite direction. To perform quantitative flow measurements behind free-flying butterflies during take-off and a mechanical clapper, the researchers at Lund University used LaVision's tomographic PIV technique. 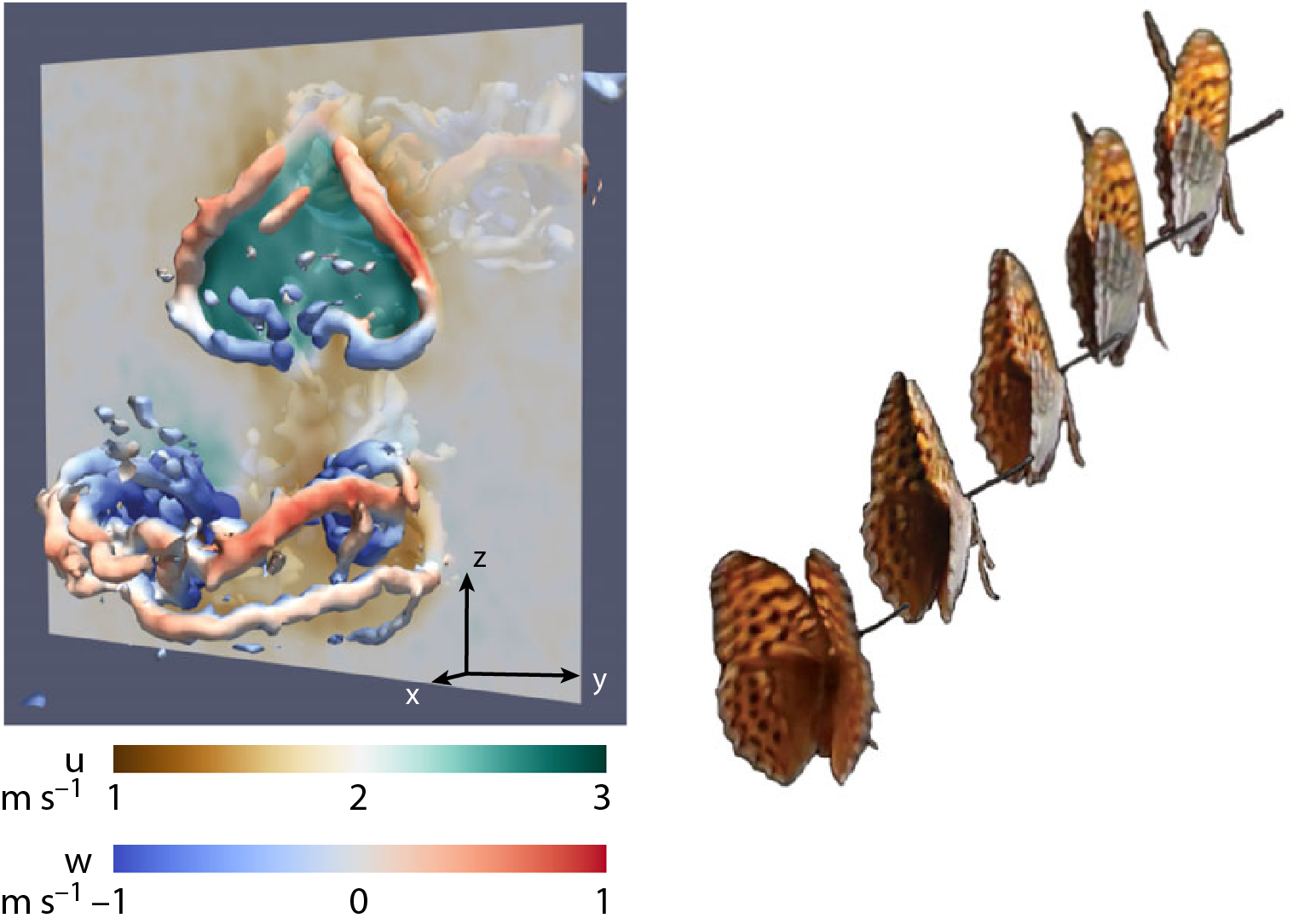 Through the measurements they were able to make aerodynamic performance estimates for the wing clap. The results show that flexible wings dramatically increase the useful impulse (+22%) and efficiency (+28%) of the clap compared to rigid wings. The results suggest that butterflies evolved a highly effective clap, which provides a mechanistic hypothesis for their unique wing morphology. The findings could aid the design of man-made flapping drones, boosting propulsive performance.