For the third time after 2014 and 2018 LaVision participates in this competition. 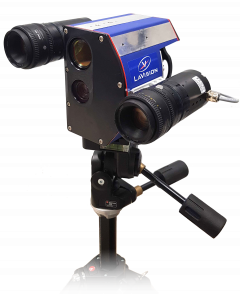 This year LaVision enters the race with its FlowBOS camera. This camera visualizes air movements, e.g. in clean rooms or pharmaceutical production facilities. Instead of the usual use of aerosols such as smoke, the camera works with a mixture of safe and totally harmless inert gases, thus excluding all risk of particle contamination from the outset. It also directly registers temperature differences in the air in the case of thermal flows during the operation of air conditioning and ventilation systems. The user is provided with a simple and robust visualization of air movements and offered a real-time augmented reality video display.